(English) Amnesty International activists detained before U2 concert in Russia.

Five Amnesty International activists were temporarily detained by police and the organisation’s stalls closed before the U2 concert at the concert’s venue in the Russian capital Moscow yesterday.

Amnesty International’s activists were invited by U2 to join their European leg of their 360° tour. Police officers ignored the activists’ protestations that they were there invited and forced them to close their stalls.

Although no-one resisted the police’s demands to close down Amnesty International’s stall, Amnesty International’s Moscow office staff member and four volunteers were taken to a local police station. They were ordered to provide a written explanation for their actions, issued with an official warning for organising a public action for which no prior official permission had been obtained, and released over an hour later.

Sadly, this is not an isolated incident but reflects the continuing difficult climate in Russia today for people seeking to express views that the authorities regard as difficult, dissenting or sensitive. Amnesty International is concerned that the rights to freedom of assembly and freedom of expression are restricted in Russia for members of the political opposition and human rights activists.

Amnesty International is concerned that the Russian authorities regard such activities as disallowed unless they take place with their explicit sanction, and crack down hard on those whom they regard as violators. 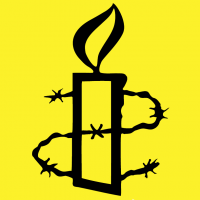 About the Author Amnistia Internacional